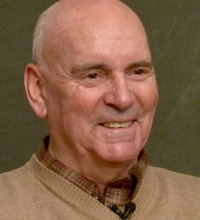 Our Editor-in-Chief and principal author is Harry E. Rothmann.  Harry Rothmann graduated from the United States Military Academy at West Point in 1967. He is a retired Army Colonel who served in infantry, airborne and ranger units for over 29 years. He led an infantry platoon and company in combat in Vietnam; commanded an air assault battalion in the 101st Airborne Division; served on the Army and Joint Staffs in the Pentagon; and was a teacher at West Point and the National War College. Harry lives in New York with his wife Susie. They have three children and ten grandchildren.

Made with SimDif
Harry Rothmann